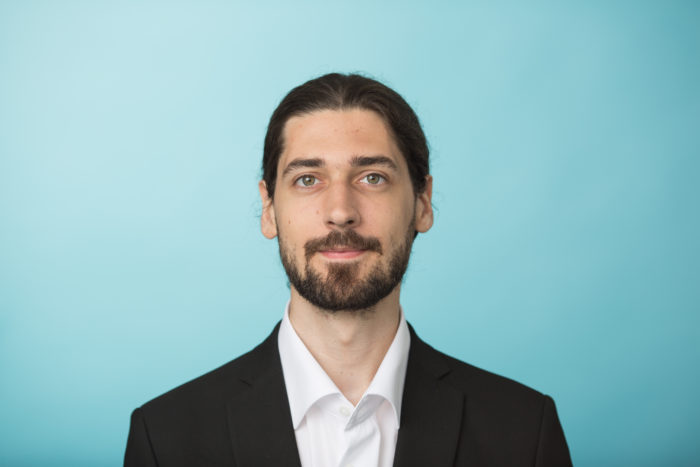 Born in France and first raised in Italy, Louis studied at the Cité Scolaire Internationale in Grenoble (Isère, France), where he passed the Cambridge English Advanced exams (equivalent to level C1) in 2008 and gained a literary baccalaureate, with an International Option and Italian, (equivalent to level C2) in 2009. He went on to study for five years in the Translation and Interpretation Department (formerly the Translation and Interpretation School) of the University of Geneva, Switzerland, where he obtained a bachelor’s degree in multilingual communication (2013) and a master’s in specialised translation (2014). His thesis focused on the similarities between literary translation and video game translation.

During his studies, Louis translated six American novels into French for an American publishing house, Dreamspinner Press. He has also translated numerous scientific articles and administrative texts for academic researchers in France, Italy, Switzerland and Finland, and he has edited work for other students. He established and presided over the Isère-based society Legend of the Dahu (currently on hold), which aims to promote digital gaming in France and for which he wrote the regulations. He also helped to build the website for the society, as well as successfully coordinating all preparations for the ‘Heart of the Dahu’ event held on 4 October 2014. Between 2009 and 2013, Louis worked on multiple occasions as a children’s group leader in various centres across the Savoie and Isère regions.

He subsequently moved to Tallinn, Estonia, to study the language for several months, during which time he also volunteered at a literary festival, HeadRead. Simultaneously, he kept working as a freelance translator and created the company AltTrad and gave language lectures at the Estonian national academy of Theatre and Music.

Louis was also a founding member of the network IndieLocalizers and has curated one of their Twitter account. He created his own network of translators and proofreaders for many language pairs.

From April 2017 to December 2017, he worked as translator, proofreader and web editor for the Estonian Presidency of the Council of the European Union in Tallinn.

He has worked as a French and English teacher for Estonian Defence Forces from August to December 2018, in Tartu and in several military bases across Estonia.

He has been working as senior language specialist (French) for the Finnish presidency of the Council of the European Union since January 2019, in Helsinki.

His full profile can be found on LinkedIn.

Experience
2009–2013: Various periods spent as a children’s group leader (Isère and Savoie).
2012–2014: Translation of various scientific articles (art history, history, etc.) for academic researchers in France, Switzerland, Italy and Finland.
2012: Translation of administrative documents for the University Pierre-Mendes France (Grenoble).
2012–2013: Translation of six novels from (American) English for Dreamspinner Press publishing house (USA).
2013–2014: Established and presided over non-profit society Legend of the Dahu; wrote the regulations, researched partnerships and hosted an e-sport event in a 330-person room in Grenoble (Isère, France).
2014: Three-month traineeship in the French Translation Unit of the European Parliament (Luxembourg).
2015: Three-month traineeship in Directorate B of the Directorate-General for Translation of the European Parliament (Luxembourg). Provided administrative assistance; created a web portal for trainees; updated the website of the Directorate-General; created a game for European Parliament open days; searched for contacts in translation-training environments across Europe; wrote articles on translation and on operations within the Directorate-General.
2015: Time spent in Estonia; volunteer at literary festival HeadRead, studied the culture and language, created contacts in the local literary community.
2015: Translation of European texts for the agency Verbivis
2015: Translation of 3 scientific articles for the conference “Extrêmismes ouest-européens et monde arabo-musulman” at the Université Pierre-Mendès France (Grenoble, France).
2016: Translation of confidential documents for Schneider Electric France (legal).
2016: Translation of several documents for a medical study (contracts, precautions of use, hardware preparation).
Since 2016: Translation of legal documents for the agency TheLanguageRoom.
2016: Volunteer at literary festival HeadRead, Twitter account management and guests relations.
2016-2017: Italian and French training at the Estonian national academy for Music and Theatre.
2017: Proofreading of a videogame with IndieLocalizers; proofreading of a cookbook for Varrak publishing house; translation of a marketing book on Ferrari for the Éditions du Chêne publishing house; translation of terms and conditions for transportation of fragile objects; translation of two websites (car industry and confidentiality apps); translation of three documents for the NGOs PAN-UK and Générations futures (environment/agrochemistry).
2017: Volunteer at literary festival HeadRead, Twitter account management and guests relations.
April 2017-December 2017: In-house translator at the Estonian chancellery (Riigikantselei), adviser, editor and co-administrator of the EU2017EE website, for the Estonian presidency of the Council of the EU.
August 2018-December 2018: French and English teacher for the Estonian Defence Forces.
Since January 2019: In-house senior specialist for French translation in the Finnish Prime minister’s office for Finland’s Presidency of the Council of the EU.